Founded in 1936, Forsgren, Inc. is committed to setting the standard of excellence in heavy civil and highway construction in our region. Our experience and services include grading and excavating, asphalt and concrete paving, utility and drainage, and all types of concrete work for commercial and residential developments as well as municipal entities. 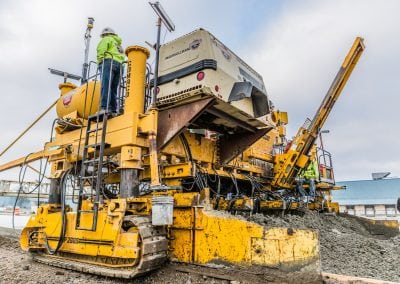 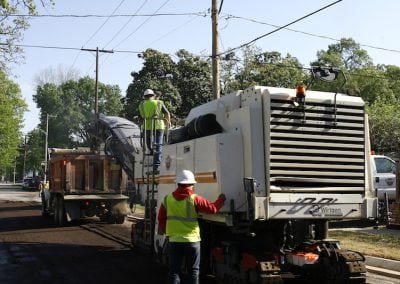 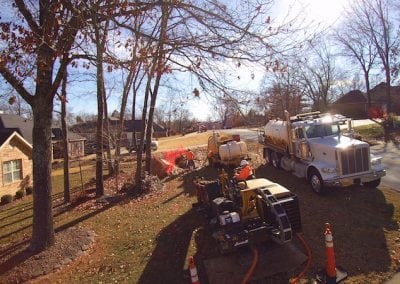 Decades of construction photographs line the walls of Forsgren, Inc. Four generations of our company’s family and friends are shown actively involved with projects and accomplishments that have set standards for function and performance.

The company was founded as the Phoenix Cement & Sidewalk Company in the early 1900’s by Olaf Victor Forsgren, a Swedish immigrant. He was passing through Fort Smith, Arkansas and decided to stay and build sidewalks. Many of those sidewalks still exist today with that company’s emblem proudly stamped in the concrete.

Each generation has taken the company further in our mission of striving for construction excellence and community service. In 1936, Forsgren Bros. Construction was formed by Olaf’s three sons, Gilbert, Gene and Raymond “Sonny” Forsgren, as a result of the family’s pioneering concrete construction efforts and shortly thereafter expanded into building bridges, earthwork, utilities and asphalt paving.

In 1955, the company incorporated as Forsgren, Inc., with the proud heritage and identity that it retains today.  Then in 1988, Vic Forsgren, Sonny’s only son, became the third generation of Forsgrens to head the company. Under his leadership the company grew and expanded to offer an even wider range of expertise in all areas of heavy civil construction.

Today, Vic’s three sons represent the 4th generation to serve in leadership roles in the company created and built by the hard work and diligence of the Forsgren legacy. 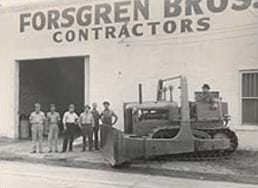